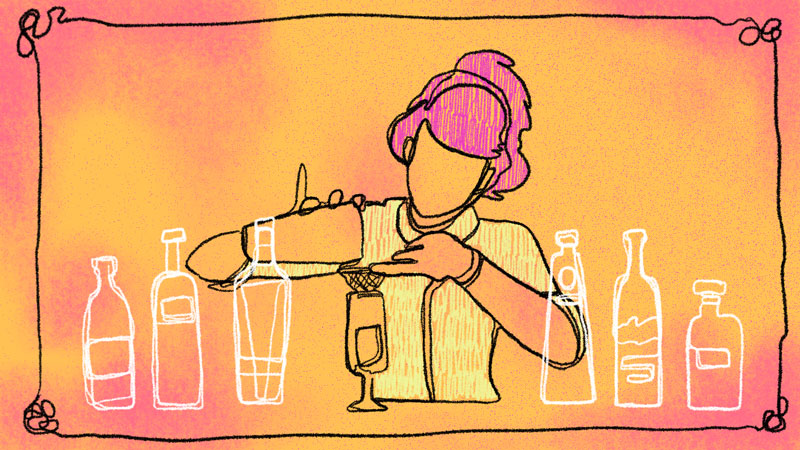 We Asked 10 Bartenders: What’s the Most Underrated Vodka?

Vodka’s place behind the bar and on liquor store shelves is insurmountable. Sales of the versatile spirit are steadily on the rise, comprising the highest volume of any spirit in the U.S.

Most recently, sales volume for vodka sat at more than 74 million 9-liter cases in 2019. That compares with fewer than 70 million cases in 2016. Despite some vodkas’ reputations as flavorless, interchangeable mixers, some bottles are actually well worth seeking out. Below, bartenders from across the U.S. share which vodkas get them excited about the category, including vodkas made from a range of ingredients, from wheat and corn to raw honey and pears.

“Such a hard question! I’m going to go with my favorite which is Founding Spirits Vodka made here in D.C. I think Founding Spirits is still finding their way into their spot among many great brands and I believe their vodka is of very high quality. It has a great mouthfeel with very very subtle notes of fresh vanilla and lemon peel.” — Kapri Robinson, Bartender, Reliable Tavern, Washington, D.C.

“Ida Graves out of Alexandria, Minn., makes a vodka with raw local honey that is delightfully creamy and floral. It’s seasonal, so if you see a bottle, grab it!” — Megan Luedtke, Bartender, Martina, Minneapolis

“Cinco Vodka, out of San Antonio. While I’m not a huge vodka drinker, experiencing a blind tasting with Cinco, Grey Goose, and Ketel One I was shocked to find that I picked Cinco. It is made with 100 percent U.S.-grown wheat and [is] extremely smooth, and you just don’t hear much about Cinco. The distillation process mimics the European style of these other big names. Their hammered copper kettle is beautiful.” — Sarah Rahl, Bar Manager, Goldie’s at Austin Proper Hotel, Austin, Tex.

“The most underrated vodka, in my opinion, is Beluga Vodka from Siberia. I especially like their Transatlantic Vodka, which is rested for 45 days and filtered four times through charcoal, silver, sand, and cotton. Beluga is expertly made with great thought, history, and science. It has a clean, crisp taste. It’s definitely worth a try.” — Juyoung Kang, Lead Bartender, The Dorsey in The Venetian Resort and Hotel, Las Vegas

“We make a lot of vodka Martinis at Highlands, but one of the most versatile, affordable, and least-called vodkas we have behind our bar is Russian Standard Platinum. It’s made to be smooth enough for sipping neat, but its citrus notes work extremely well as the base for our Beaune Cocktail with lemon and Lucien Jacob Cassis.” — Juliana Campbell, Bartender, Highlands Bar & Grill, Birmingham, Ala.

“The most underrated vodka is Wheatley vodka, from the Buffalo Trace Distillery by Harlen Wheatley. This small-batch vodka is distilled 10 times, triple-filtered, and bottled at 82 proof. There is an oily and pleasant mouthfeel with hints of creamy vanilla. This is hands-down one of the most easy-to-drink vodkas on the market that I feel should get more love.” — Harry Chin, Bar Director, Here’s Looking at You, Los Angeles

“St. George All Purpose Vodka, for me, is the most underrated vodka. Distilled from a blend of Bartlett pears and a neutral grain spirit, it provides a soft and silky full-bodied vodka. Like its name, this vodka literally serves all purposes behind the bar and at home.” — Westin Galleymore, Spirits Director, Underbelly Hospitality, Houston

“The most underrated vodka is Nue. It’s a small-batch vodka, made from corn and distilled in Austin, Tex. Unlike Tito’s which is now mass produced and no longer made in Texas, Nue stays true to their tagline and also happens to be quite tasty! The price point is exceptional coming in at $12 a bottle! It’s been a staple on our bar when we decided to only carry small-batch brands. We’ve converted many Tito’s drinkers to this sleeper hit!” — Oliver Zabar, Owner, Devon, New York

“I think Barr Hill Vodka made by Caledonia Spirits in Vermont is a really underutilized vodka in programs. It is distilled from raw honey and has a richer mouthfeel than some other vodkas. It is a clean and neutral spirit, but still has a lovely wildflower note that is fantastic in a Vesper Martini.” — Alexandra Cherniavsky, Beverage Manager, The Love, Philadelphia

“Absolut Elyx is the vodka brand I don’t see ordered enough. The copper pot distillation leaves a crisp, clean vodka which can be enjoyed on the rocks or incorporated into any Martini. I’ll put this single estate vodka against any of the other top-shelf brands, and all the beautiful copper tools and drink receptacles they offer heighten the guest experience and keep them coming back. Definitely underrated and should be called more often.” — Nick Casanova, Head Bartender, Mi’talia Kitchen & Bar, Miami

We have received your request and a representative will contact you shortly.