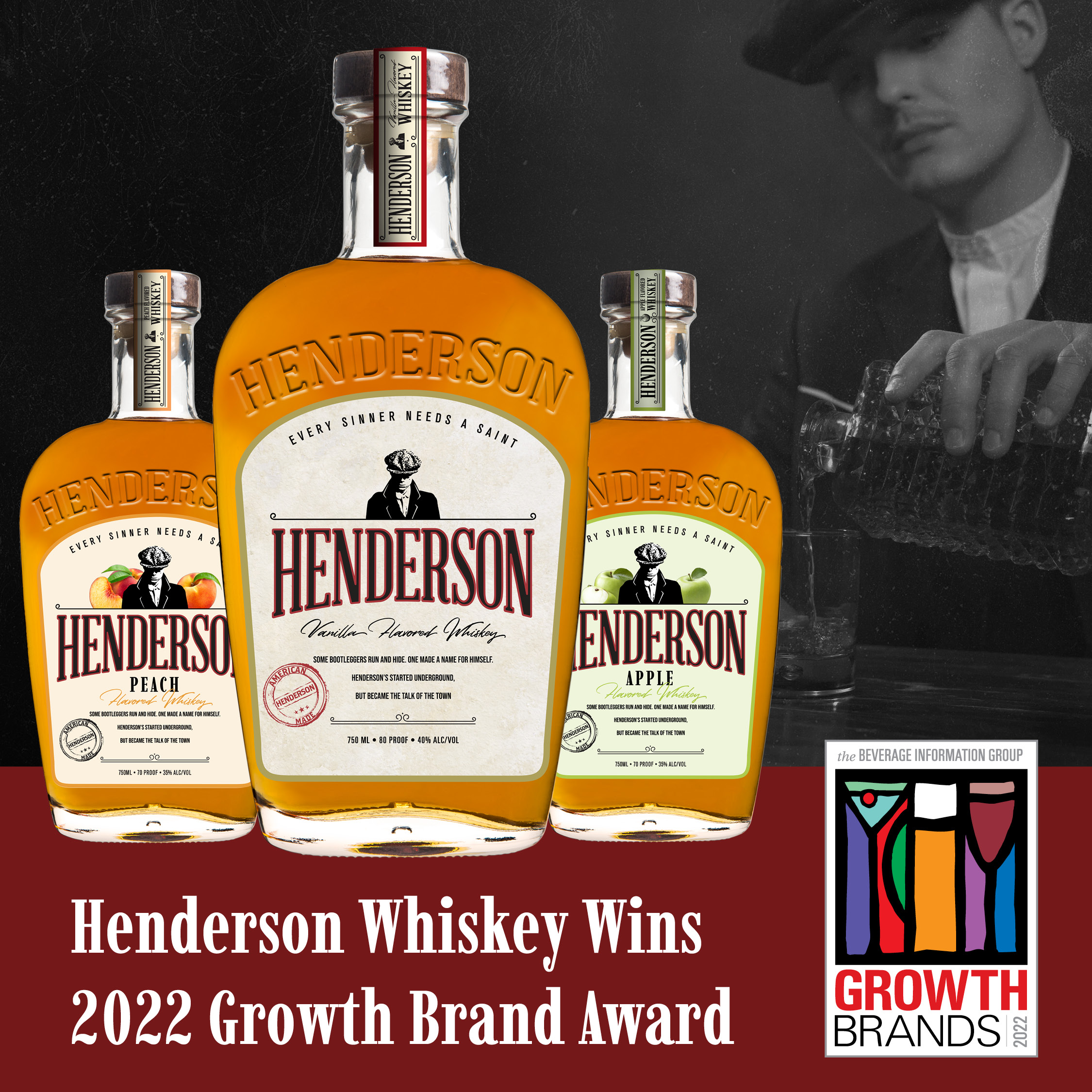 Raise a glass to one of the “Rising Stars” of the industry!

It’s double trouble for Henderson Whiskey—and that’s a good thing for our Texas-crafted libation, which is named for a notorious bootlegger whose rebellious spirit lives on in every delicious drop. We’ve just taken home another prize from the Growth Brand Awards, which are given to the fastest-growing, top-selling spirits in America. It’s the second year in a row that Henderson Whiskey has won, and that’s the most exciting part: We’re just getting started.

With a 4.8% sales growth of 9-liter cases from 2020 to 2021, our small-batch spirit was honored as one of 2022’s “Rising Stars” at the Growth Brand Awards (source: The Beverage Information Group’s 2022 Industry Overview Handbook). Since 1997, the Growth Brand Awards have celebrated the most successful brands of wine, beer, and spirits—from new arrivals to longtime labels. “Rising Stars” must be less than five years old, show growth in every year of the brand’s lifetime, and have sales of at least 20,000 cases in the previous year. Winners are announced in the publication Beverage Dynamics, and we’re incredibly proud to see Southwest Spirits’ Henderson Whiskey in the champion’s circle again this year.

Meticulously blended and exceptionally mellow, our award-winning American whiskey brings together highlights of vanilla and oak with warm caramel undertones on the finish. Newly added to the gang are the peach and apple flavors, as each artisanal batch is made with the highest quality rye and no apologies in the heart of Dallas, Texas. Like the bootlegger that inspired us, we’re making a name for ourselves, one award after another. Prohibition may have ended long ago, but our smooth, satiny whiskey is just beginning to write its legend with every satisfying sip.