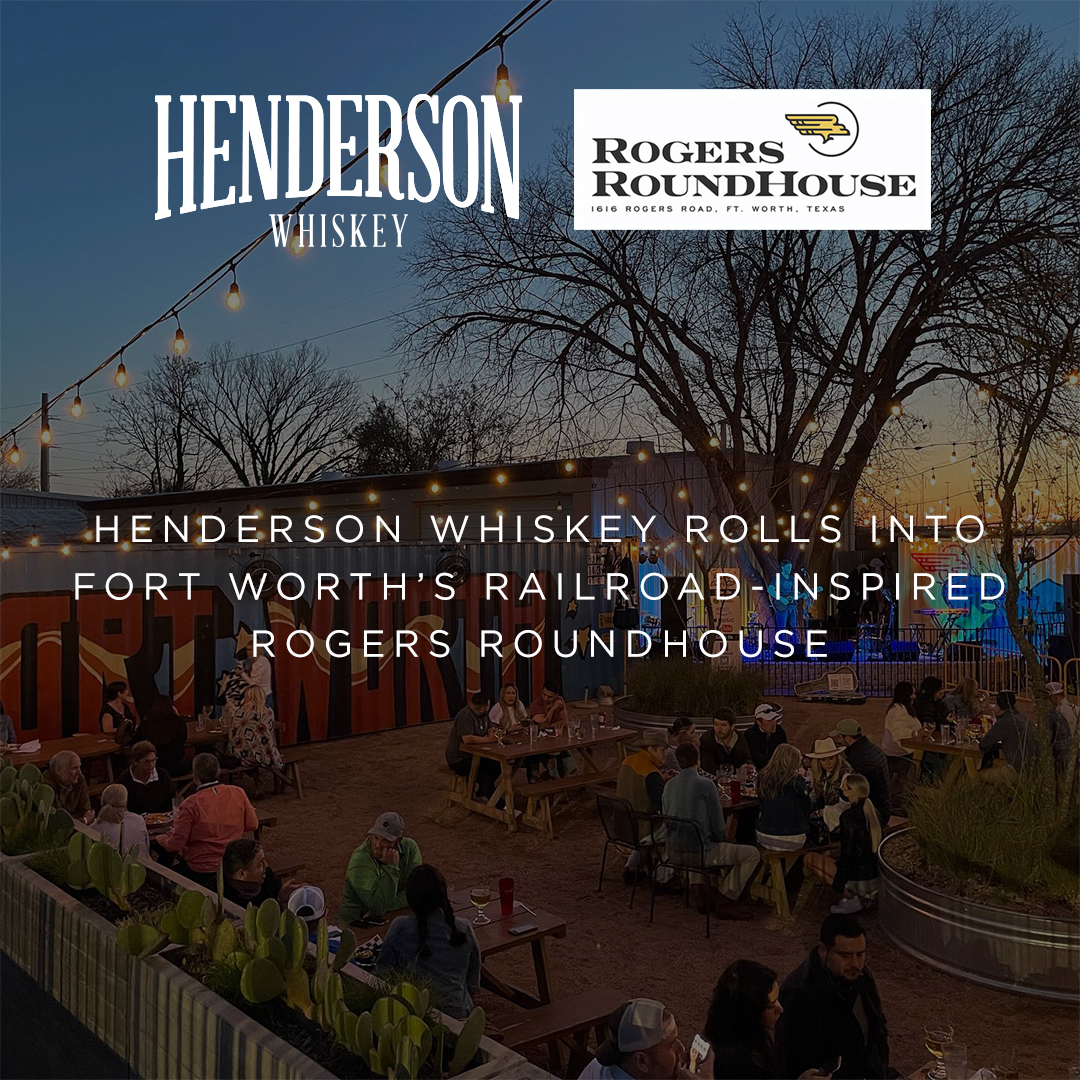 With colorful shipping containers, clever pub cuisine, and plenty of outdoor space for relaxing, Rogers Roundhouse is an excellent place to kick back and enjoy the crisp, fresh taste of Henderson Whiskey. Now being poured at the industrial-style restaurant in one of the most popular cities in the U.S., our small-batch whiskey is 100% American-owned and proudly handcrafted in North Texas. Distilled for the ultimate pure experience that’s just the ticket for the imaginative cocktails at Rogers Roundhouse.

The arrival of the railroad in 1876 put the Wild West town of Fort Worth on the map, and Rogers Roundhouse celebrates this seminal part of the city’s history. And it’s located in the ideal place to do so: between the upscale shopping center of University Park Village and Davidson Train Yard, a local landmark and active home of the Union Pacific Railroad.

Named for the locomotive repair building—the roundhouse—that once operated close by, Rogers Roundhouse caters to day drinkers, sports fans, patio sippers, and pups looking to cool off under the massive fans and umbrellas. You’ll find a menu of carb-loaded crowd-pleasers like wagyu cheesesteaks, loaded tots, and trays of chicken nuggets. With big TVs and a regular schedule of live music, it’s easy to see why this laid-back hangout is a favorite for parties, groups, and students from nearby Texas Christian University (TCU).

Now with Southwest Spirits’ Henderson Whiskey at the bar, the creative beverage program at Rogers Roundhouse is reaching new heights—all while keeping it Texas-made in the shade. So raise an ice-cold glass as we celebrate this homegrown partnership that’s full steam ahead to a bright future together. All Aboard!