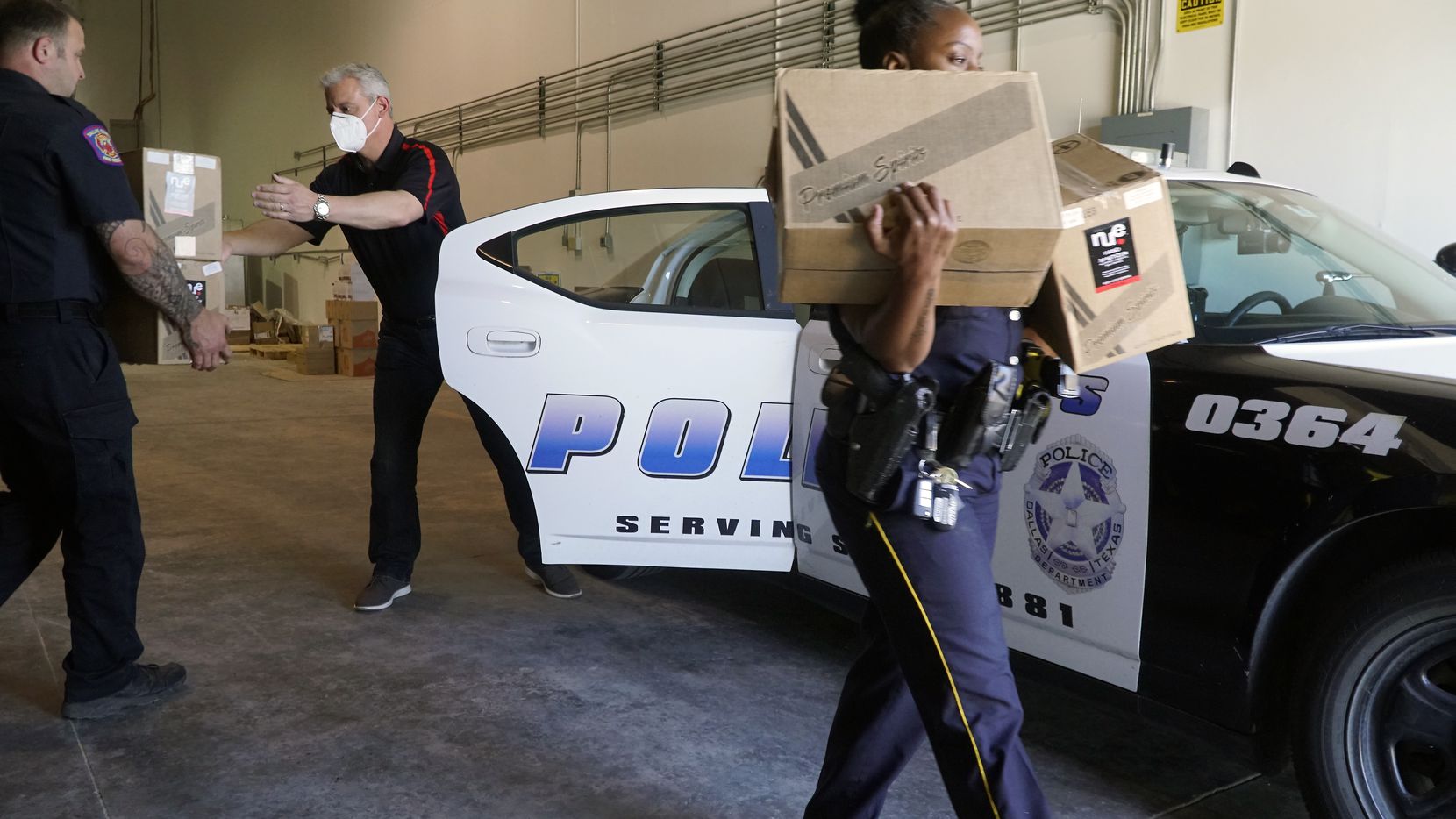 The maker of Nue Vodka donated more than 4,000 gallons of sanitizer after being flooded with calls from price-gouging opportunists.

When hand sanitizer started disappearing from store shelves, the maker of Nue Vodka in Dallas started getting calls from people who saw a huge opportunity in the coronavirus pandemic. Most of those calls were from profiteers seeking enormous profits by converting alcohol to sanitizer and selling it at inflated prices.

The Dallas distillery, however, saw an opportunity to help. The company worked with state and local officials in Dallas County to produce 25 tons of hand sanitizer, bottled and in bulk, to donate to local first responders and health care workers.

Southwest Spirits and Wine, which makes Nue Vodka and other brands, had 330-gallon containers of its hand sanitizer delivered to a Dallas warehouse on West Davis Street and other locations being used as refill stations for those on the front lines of the COVID-19 crisis.

Hand sanitizer has become one of the scarcest household products during the pandemic — worse than toilet paper — thanks in part to profiteers.

The day after the first coronavirus death in the U.S. hit the news, two Tennessee brothers went on a road trip and buying spree, loading up an SUV and a U-Haul truck with thousands of bottles of hand sanitizer. They quickly became symbols of pandemic profiteering after their story made headlines nationwide.

Matt and Noah Colvin listed their stockpile on Amazon, selling a few hundred bottles for between $8 and $70 each before the online marketplace giant shut them and other sellers down. The brothers were suddenly stuck with 17,700 bottles of sanitizer and nowhere to sell them. They avoided prosecution for price-gouging by agreeing with state authorities to donate their entire supply.

Guillermo Rodriguez, Southwest Spirits’ CEO, said he was not surprised by the stories of attempted price-gouging schemes that reached his offices.

“It’s disappointing when you see people trying to profiteer off someone else’s misfortune,” he said.

But, he said, being able to help during an emergency shortage made him proud. His company is the county’s largest donor of hand sanitizer.

“We recognize how lucky we are that we are able to continue to operate,” Rodriguez said.

Southwest Spirits, the third-largest distillery in Texas, is joining numerous other distilleries across Texas and the U.S. that have converted their operations to producing hand sanitizer and donating it during the coronavirus pandemic to help first responders.

The company is considered an essential business, which allowed Rodriguez to keep almost his entire staff employed, he said.

“This is our opportunity to give back,” he said. “This really has helped our community.”

The distillery’s primary brand is Nue Vodka, but it also makes whiskey, gin and other liquor products in its 106,000-square-foot facility in northwest Dallas near Love Field. Other brands the company distills, blends and bottles include Title 21 Whiskey, Calamity Gin and Henderson Whiskey.

Matt Cook, the company’s director of operations, said state and federal authorities temporarily loosened regulations to allow distilleries to produce hand sanitizer during the pandemic. To encourage the effort, for example, the government waived the collection of excise taxes, he said.

Then the phone calls began. It was late March, and sanitizer products that were still available were being sold online for several times the normal cost, Cook said. Seeing what people were charging was “really staggering, knowing how much it costs to make,” he said.

Some of the callers said they just wanted to help out, but as the conversation continued, their true motives emerged, Cook said.

“It became obvious that people were doing it because of the money they could make,” he said. “They were jumping at an opportunity.”

Then a staffer from state Rep. John Turner’s office in Dallas called. Could they provide hand sanitizer for Dallas County?

Cook said his company made an easy decision. Like other distilleries, Southwest got to work, producing several thousand gallons. The effort, which cost about $41,000, was funded through the company’s signature brand, Nue Vodka.

“It was about sticking by our guns and saying we’re all a part of this community,” Cook said, “and we’re going to donate everything that we make, at significant cost to ourselves, and do the right thing.”

He said it took about four days to make 25 tons of the sanitizer, which contains 80% alcohol — higher than normal for safety reasons and in accordance with the World Health Organization’s formula.

Rodriguez said his company has donated about half of its sanitizer to Dallas County’s coronavirus response team. Ten containers, each containing 330 gallons, were delivered by truck to several distribution centers where law enforcement, hospital workers and other first responders are visiting to refill their bottles, he said.

The rest was divided among Southwest Spirit’s employees, its key vendors, other charities, long-term care facilities and first responders on the outskirts of Dallas County, Rodriguez said. The company also donated 10,000 bottles of hand sanitizer to the county last week.

Rodriguez said his company is prepared to produce more if the county needs it.

Jenkins had asked a team to create a hand sanitizer supply chain for Dallas County front-line responders, she said. Priority was given to police, firefighters, emergency medical services and hospitals for the initial rollout, she said. Other health care facilities with confirmed cases of COVID-19, including those providing long-term care, were later added to the list.

Allen said the team also sent some of its sanitizer supply to the Dallas County Sheriff’s Department.

A total of about 8,849 gallons of hand sanitizer were donated — enough to fit inside a tanker truck, she said. Almost half of that came from Nue Vodka, according to her latest progress report. Other donors include BENDT Distillery, Tito’s Vodka and Mary Kay. The Dallas Mavericks donated almost 15,000 hand sanitizer pens.

Volunteers at the Davis Street warehouse distribution site are loading it onto vehicles as they drive up, Allen said.

More than 200 requests for sanitizer were received since March 24, and more than half of those organizations in need were “critically low or out of sanitizer completely,” Allen’s report said.